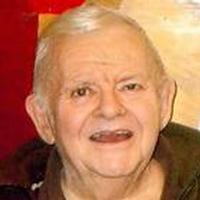 Following his discharge he started working at the North Dakota State Hospital in Jamestown, ND. He and Joyce Kust were married in July 20, 1962. They made their home in Jamestown and he continued to work at the NDSH in Pharmacy and later the General Store. Joyce passed away Dec. 1, 1978. He and Gayle Schaffer were married June 25, 1982 at Jamestown, ND. He retired from the NDSH in 2001 completing 40 years of employment.

He was preceded in death by his parents, his first wife, one son Leslie, and one sister Donna.

Funeral service will be at 10:30 AM Monday February 2, 2015 in the Good Shepherds Chapel at Ave Maria Village in Jamestown, ND with Deacon Tom Geffre, officiating.

Burial will be made in the Highland Home Cemetery in Jamestown, ND.

Visitation - 1-5 Sunday at the funeral home and 1 hour before services.

To order memorial trees or send flowers to the family in memory of Billie D Chapin, please visit our flower store.
Send a Sympathy Card