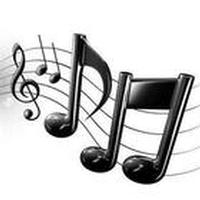 Bev Califf was born March 10, 1929 in Winner, SD, the daughter of Edward C. Califf and Mary Merle (Donohoe) Califf. She graduated from the Winner High School and later received her Bachelor of Arts degree in Music from Yankton state College.

She and Roger Hall were married August 12, 1951 at Armour, SD and made their home is South Dakota where she taught music. They later moved to Jamestown where she worked at the Jamestown Sun until she retired. Roger passed away July 6,1994 and she continued to live in Jamestown.

She was a member of the Grace Episcopal Church in Jamestown, the Rotary Club, and also played in a local Rag Time Piano group.

There will be a burial in the spring at Sunset Memorial Gardens in Jamestown, ND.

To order memorial trees or send flowers to the family in memory of Beverly Hall-Kennison, please visit our flower store.