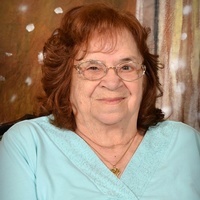 Arlene Caroline Hummel was born August 8, 1932 to Frederick and Lydia (Roth) Hummel in rural McIntosh County. Arlene grew up on the family farmstead west of Venturia and attended school nearby.

Arlene married Raymond Ackerman on November 20, 1952. They lived in Ashley, ND and Rapid City, SD before settling in Streeter. In Streeter, they owned and operated the Ackerman’s Bar. She enjoyed serving and interacting with her customers. Arlene was affectionately referred to as ‘Shorty’. Arlene for many years also provided child daycare for many families in the Streeter area.