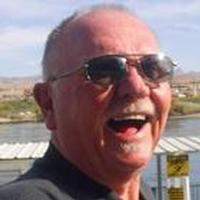 Arlan was born September 7, 1939 at Warner, SD, the son of Felix and Elva June (Berkley) Murray. He attended school and graduated from Warner High School in 1957.

He and Mary Ann Jung were married in 1962. They made their home in Aberdeen where he worked at Aberdeen Glass. They later divorced. He worked at Viking Glass until becoming a driver for Pepsi and bar tending at the Eagles in Aberdeen.
In 1984 he moved to Jamestown and he started Stutsman County Glass.
He and Darlene Rozell were married in 2005 and made their home in Warner, SD.
He later returned to Jamestown for his retirement.

He was preceded in death by his parents, 1 son Blaine, 1 daughter in infancy and his brother Felix.

To order memorial trees or send flowers to the family in memory of Arlan William Murray, please visit our flower store.