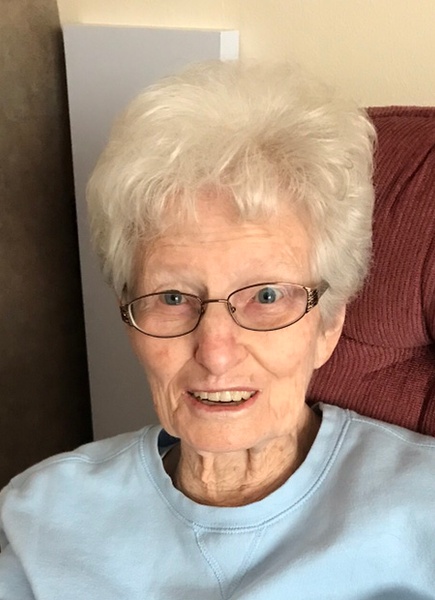 Ardith M. Kleingartner, 94, Jamestown, ND passed away May 3, 2020 at the Ave Maria Village in Jamestown.

Ardith was born January 2, 1926 to Orna and Pearl (Knepper) Leedy, at Goodrich, ND.  She attended grade school and graduated from Goodrich High School. She then attended Valley City State College and taught in small country schools in the Goodrich area.

She and Bert Kleingartner were married October 31, 1946. They lived on the family farm north of Mercer until 1950 when they moved to Bismarck. There they raised 3 sons, Tim, Tom and Terry. Ardith worked for MDU for 27 years. Upon her retirement, she and Bert moved to Arizona for the winters and spent their summers on the farm near Pickardville, ND. Following the death of her husband in 2001, she moved to Jamestown.

Ardith was an avid card player and bingo player. She spent many hours with her friend Gertie Peterson playing cards until wee hours of the morning and running to bingo. She also enjoyed crocheting, puzzles and spending time at the farm and with family.

Ardith was preceded in death by her parents, her husband, son, Timothy, and all of her brothers and sisters.

A recording of the service is available below.

In Lieu of Flowers, the family request memorials to: Jamestown Hospice - McClusky Cemetery or the charity of their choice

To order memorial trees or send flowers to the family in memory of Ardith Kleingartner, please visit our flower store.