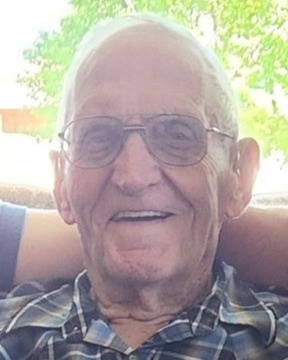 Adam was born June 23, 1927 in Wishek, ND, the son of Edward and Christina (Schilling) Kaseman. He attended the local rural school where he received his elementary education.

Adam and Lorraine Meidinger were married April 10, 1949 at Zeeland, ND.   They made their home on a farm where they farmed until 1956 when they moved to Fargo, ND.  In 1957 they moved to Fredonia where Adam drove bulk delivery truck.  In August of 1967 they moved to Gackle where he worked at the Gackle Co-op Elevator. Adam later started his own trucking company before taking over as manager for the Gackle Co-op Oil Company in 1976. He retired in 1989 and continued to reside in Gackle until 2008 when they moved to Jamestown. Following the death of his wife in 2016 he continued to live in Jamestown.

He was a member of Emmanuel Lutheran Church in Gackle, having served on the church board, life member of the Gackle American Legion Post 250, drove Gackle School bus for many years, was greens keeper at the Gackle Country Club and loved to play golf.

Adam was preceded in death by his parents, 1 son Rick, 3 brothers, Howard, Marvin and Arthur, and 1 sister, Leona.

To order memorial trees or send flowers to the family in memory of Adam Kaseman, please visit our flower store.